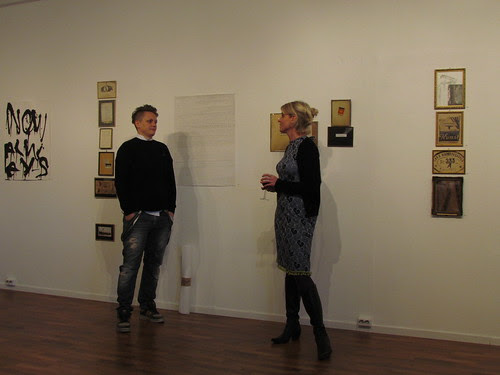 Jannik Abel and Bente Gundersen at the opening at Galleri Sult

In the event of celebrating 10 years as an artist, Jannik Abel presents two exhibitions at the same time in Stavanger. In the dark, rough beer halls at Tou Scene, and in the gallery rooms at Galleri Sult. 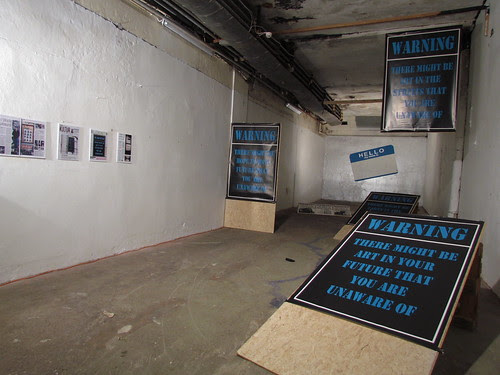 Abel has apparently had a lot of fun preparing the show in the beer halls. She has taken the halls in full use, filling the rooms and the large walls with both retrospective and site-specific work. The installations, murals and the video documentation give insight to a diverse and interesting decade of creativity, intervention and protest. It is very interesting to see how she has intervened with the public space and the changes in public space through art. I am especially moved by the work "Remember". Here she has used photos from the archives of her family photoshop, and put up memorials for missing or changed buildings in Oslo. 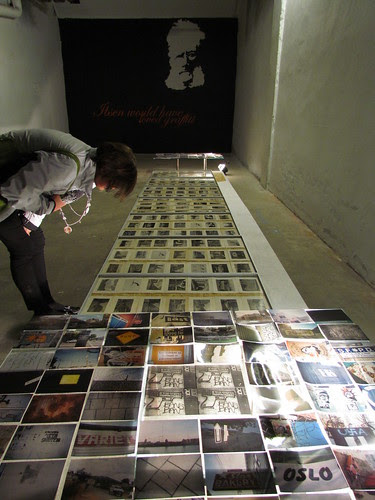 The retrospectivity starts at the beginning of her carieer, and ends in a hall with a large installation saying "I WANT OUT", with a sign in the background saying "paint it your fucking self". 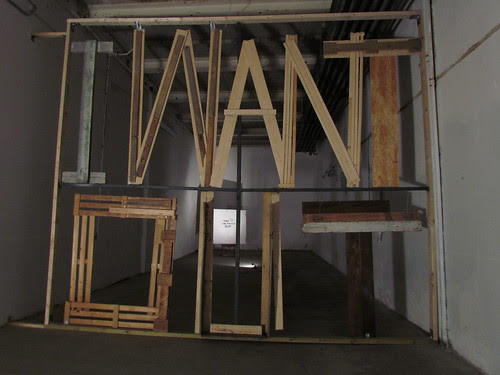 I Want Out / Paint it your fucking self

Is this exhibition showing the beginning and the end of an artistic carieer? It might appear so, according to the seeming resignation of the last hall (I Want Out). But a hint in one of the other halls show that this is probably not it. She has written "It was first when I gave up art I became an artist", showing that an end of something is also a beginning of something new. I am curious to what that will be. 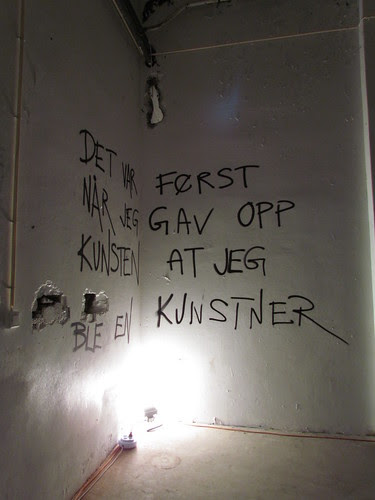 It is a wonderful experience to walk in the beer halls. The venue is dark, cold and moist, and provide both difficulties and possibilities for an exhibition. Abel has put surprises everywhere. Even if each beer hall has a theme, they are connected through writings on the walls, installations and stencil paintings of construction cranes. The halls have become a labyrinth of art. 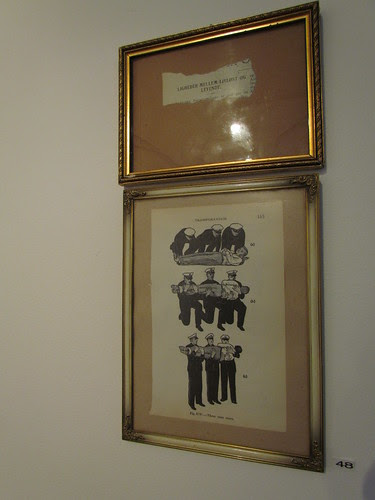 Similarities between lifeless and living

In the Sult Gallery the tone is quite different. She has put together "treasures" found in her collection or in her family archive, creating new impressions and meanings. Newspaperclips of sentences get a totally different meaning in a new context. Items, signs and symbols are framed and presented as valuables. Like an envelope for negatives that get a new meaning, or a first-aid guide illustration combined with the headline "Similarities between lifeless and living". 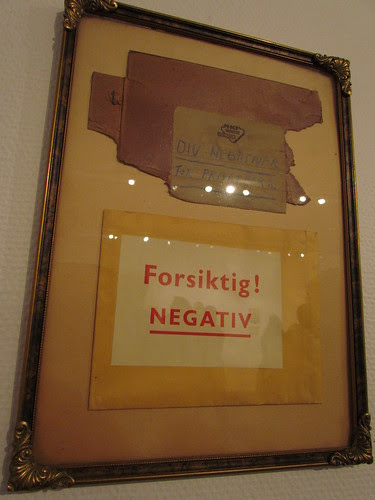 I enjoy Jannik Abel's playfulness, how she is interacting with the public and with the context. I am also impressed by how she is able to give ordinary objects and paperclips a totally new meaning. 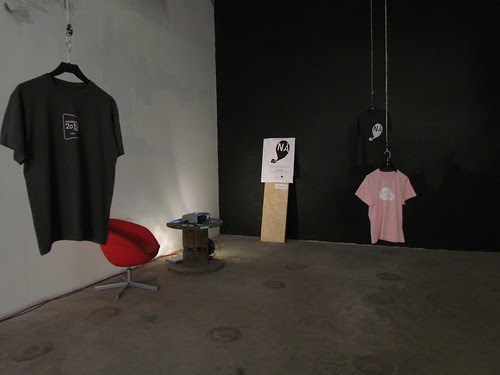 In an additional hall at Tou Scene is an exhibition of the art project "Ka då ittepå" (What then afterwards) by Trond Hugo Haugen, as a guest show in Abels exhibition. This shows documentation from the project before, during and after Stavanger's role as European cultural capital in 2008, questioning what effects this role would have on the art scene for the future. It is very interesting to see the documentation, but I do not understand how it fits into this context. Apparently Abel is a supporter of the project, but I would have expected to see how she was affected by it (or how the project was affected by her). "Ka då ittepå" is something that would deserve an exhibition (or maybe rather a book) on its own.