Just a little peek on the massive amount of streetart in Berlin, not only on the remains of the Berlin Wall, but everywhere, especially a bit off the most touristy areas. 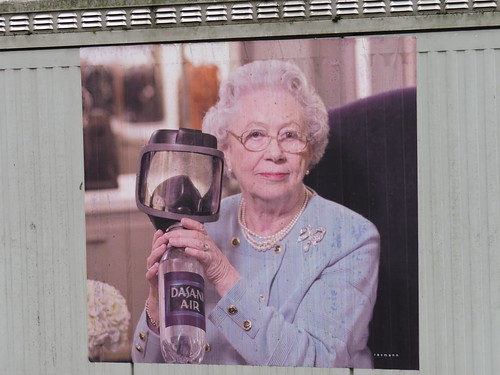 The Queen needs some air - by raemann 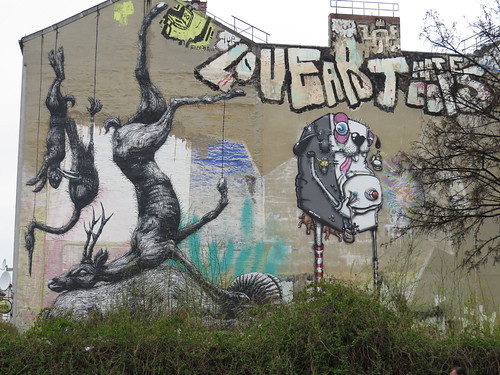 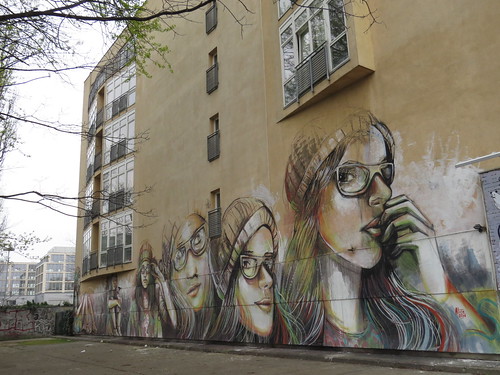 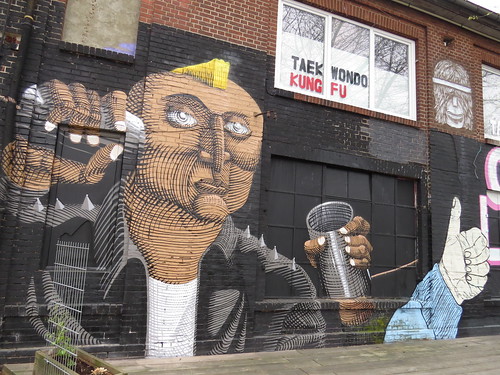 At the Urban Spree Galerie 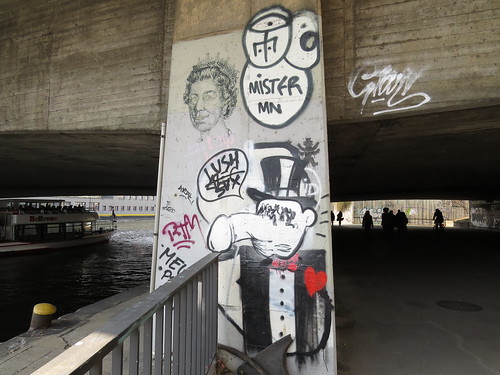 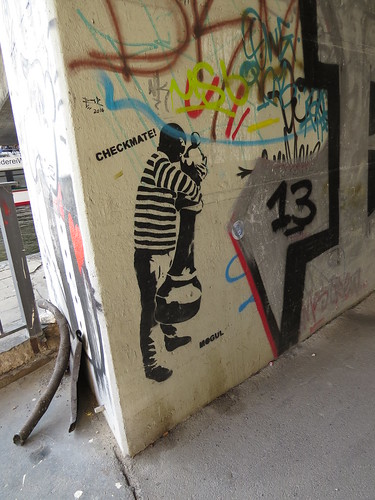 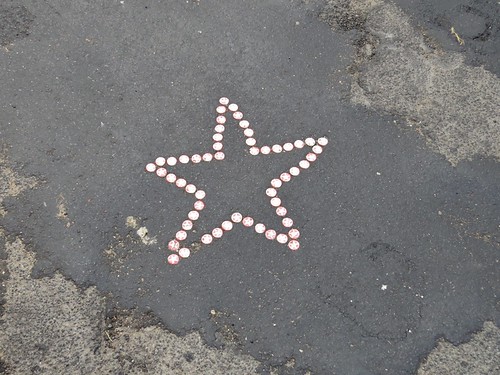 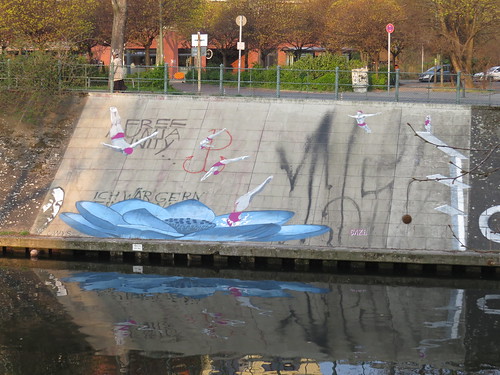 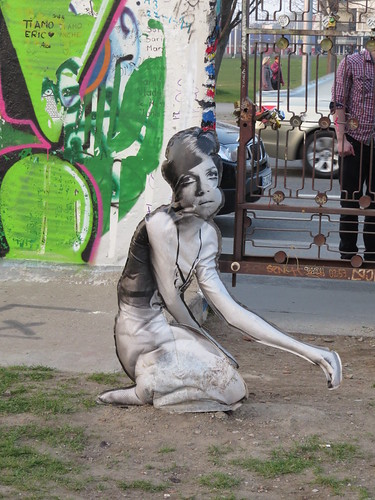 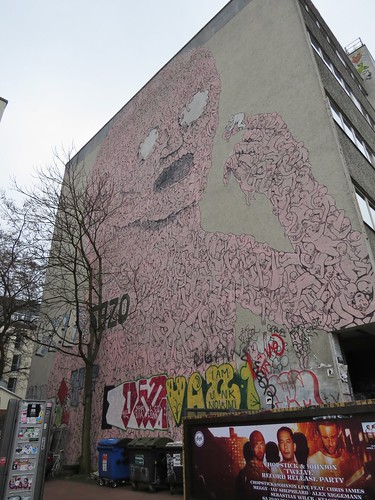 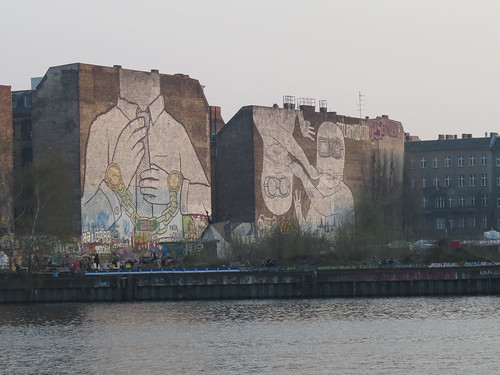 I wanted to see this exhibition of Polish streetartists, but the exhibition was being removed as I was there, but at least I could see the mural and the plywood items by M-City. 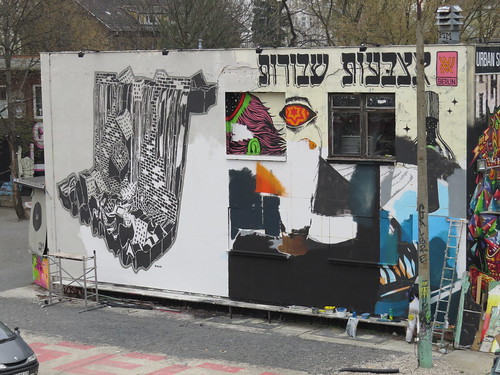 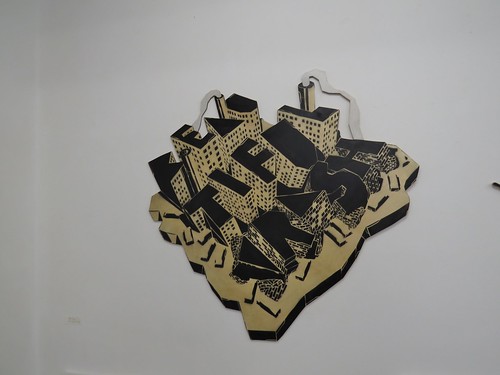 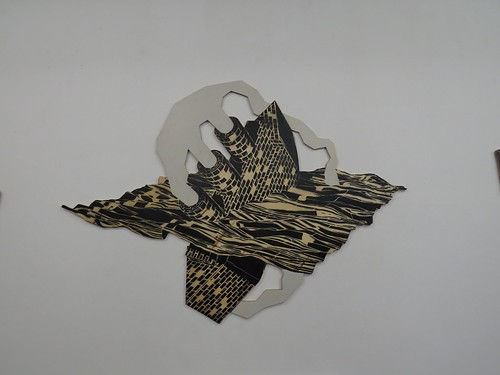 In a project of transforming a building into a public gallery featuring a wide range of international important artists, Urban Nation has created a temporary new sight in the center of Berlin, inviting Nuart as curator. The building is visible both from the street and from the subway, and stirred surprise from quite some few of the passing people, others had already gotten used to it. 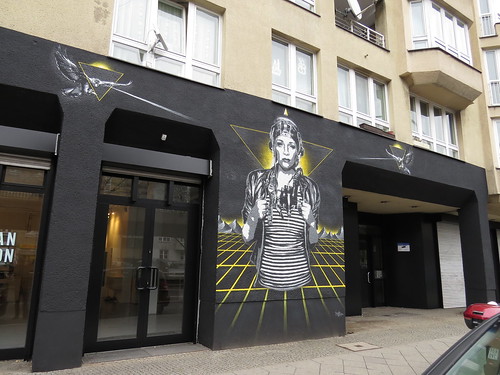 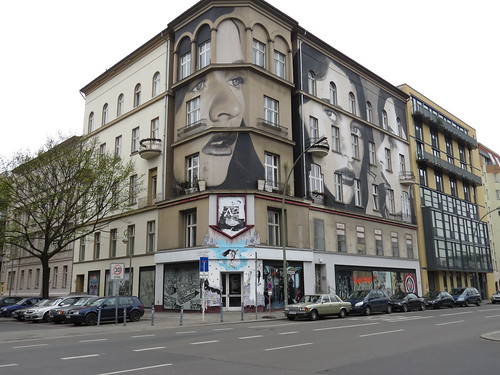 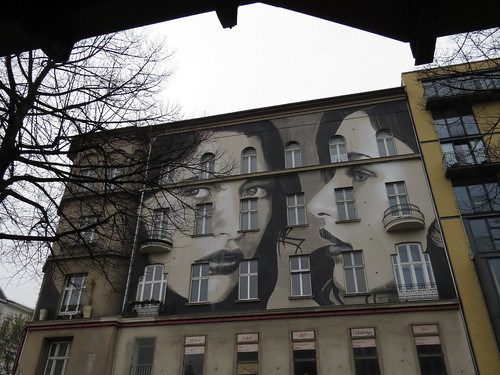 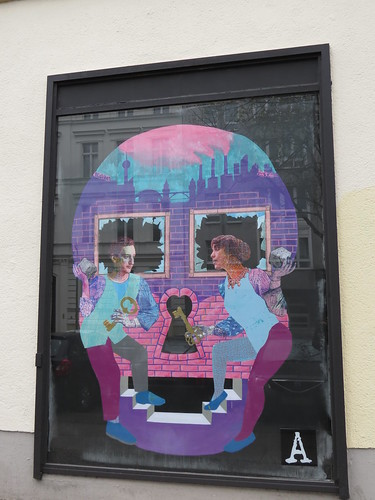 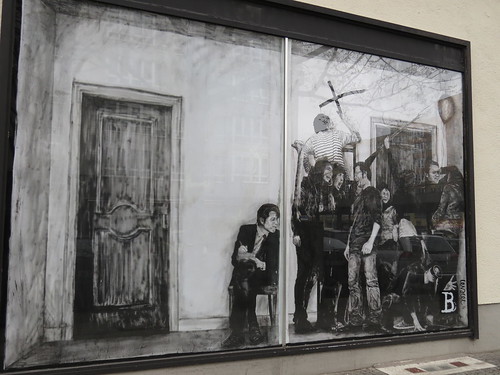 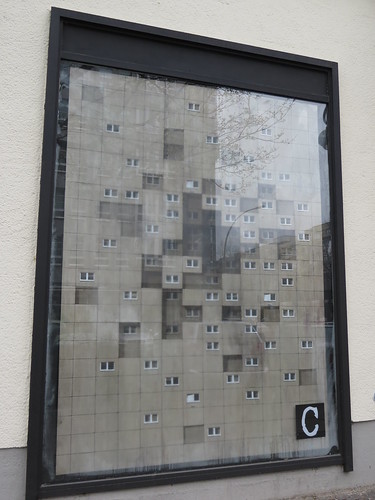 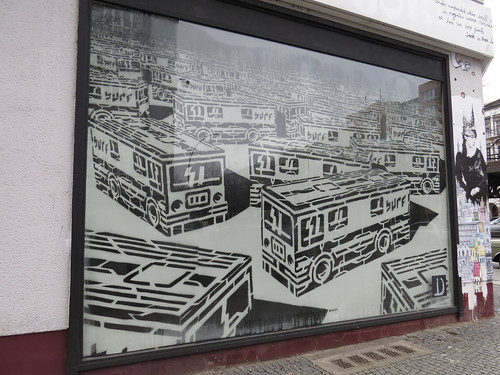 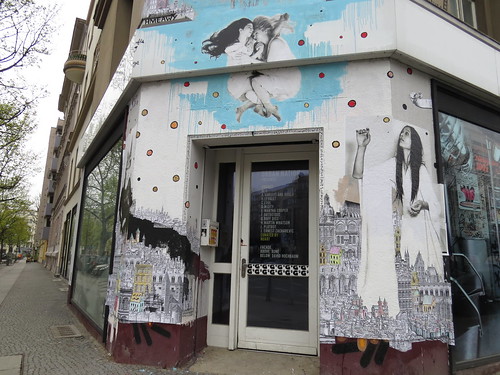 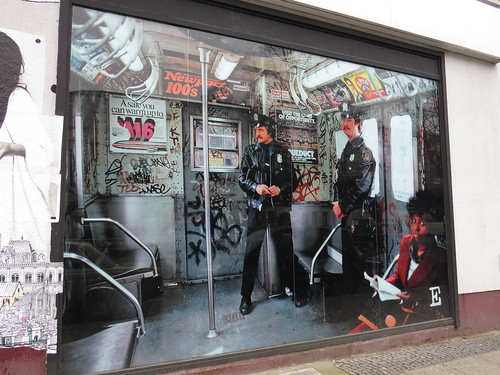 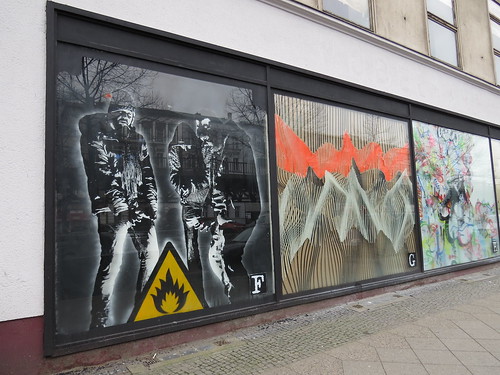 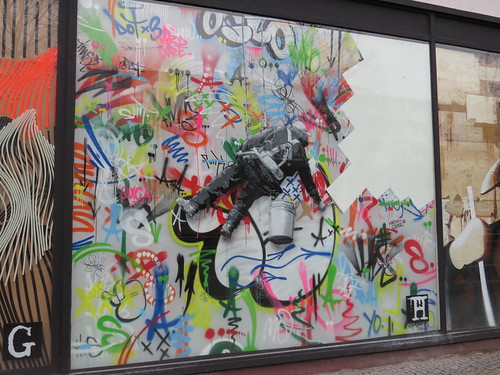 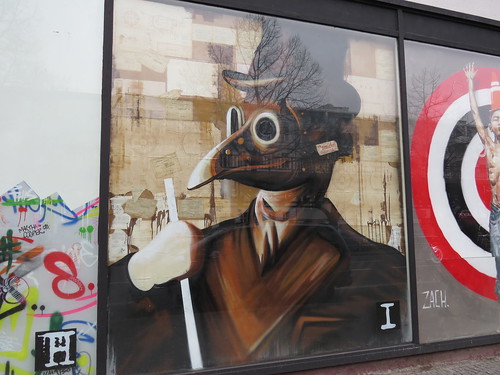 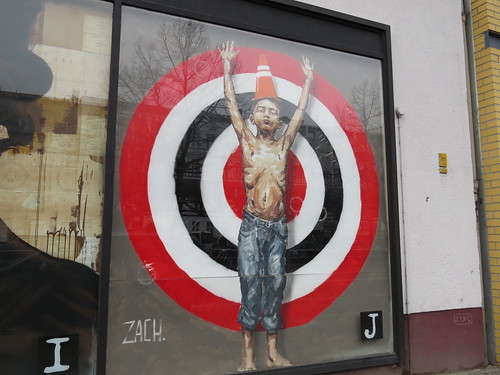 Ernest Zacharevic
(The piece also had toilet vacuum sticks attached to it at first)
by virtualwallworldmaster at 17:32 Links to this post